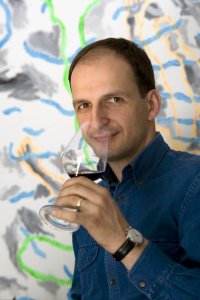 The Croatian wine market is exhausted. New vineyards are being planted, and the number of winemakers is rising. Yet no one is thinking about export. Without organized joint action we don’t stand a chance.

Regardless of the serious economic crisis that has impacted the Croatian wine industry almost as much as the automotive sector, it will still be a successful year. I know it sounds harsh, but this crisis has come in handy.

For years our winemakers have all been drinking water from the same well. Even though their numbers are growing and there’s less and less water, they are not moving away. Even when they almost reached the bottom and the water became muddy, making them realize they have to go into the world to look for new springs, they didn’t do it. They preferred the muddy water to the uncertainty of the unknown.

Now it is finally over; there is no more water. The well is empty. The race across the desert has begun. Will our thirsty friends reach a new spring before they lose their strength? Some of them will, especially the bigger ones who held advantageous positions at the well and managed to stock up reserves.

But some of them won’t make it; some will surely perish along the way. They will be mostly the small, the weak, and those who drank everything instead of building stockpiles. 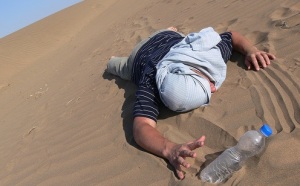 Unfortunately, even those wineries who found their way to the new spring won’t stand much of a chance of long term survival. All around them will be waiting big lions and hungry hyenas that will not respond favorably to strangers drinking their water. Scattered in unorganized small groups, our poor winemakers won’t stand a chance against the hungry beasts.

But if they had set off like an organized army, when there were still good stocks of water, and proceeded to conquer spring after spring, then nothing could have stood in their way.  By securing more wells in advance, they would have prevented their own little well from drying up.

The “well” of course is the Croatian market, which has been sucked dry for years because Croatian winemakers practically don’t export at all. It’s impossible to understand the point of planting new vineyards, increasing the number of winemakers and wine brands if nobody is even thinking about exporting.

The local market has been stagnant for years and the former number of winemakers was quite enough to satisfy its needs. The only discrepancy was between the amount of red and larger amount of white wines. If we had no intention to export, we shouldn’t have planted new vineyards. Instead we should have replaced a portion of white varieties in existing vineyards with red varieties.

Export statistics are poor, and the numbers heavily reflect our exports to neighboring Bosnia-Herzegovina. Export to the rest of the world is still in its infancy. The efficiency of Croatia’s export strategy is so far best illustrated by the following figures, taken from the Handel Market Research report for Croatian wine.

Besides exporting a lousy 2,800,000 litres, especially devastating is the fact that export figures comprise only 4.5% of all Croatian wine distribution.

The culprit behind this failure is not far away: the lion’s share of the blame falls on the winemakers themselves because they don’t know how organize and approach the government with a united voice.

I’ve been following the conflicts in our winemaking scene for two decades. First it was about “big against the small”. Then it moved to the regional level, when one region belittles the other one and vice versa. Later it finally ended up at the local level, with one winemaker quietly wishing for his neighbor’s demise instead of his success.

Still it is important to remember that another country, a close regional neighbor – Austria, went through hardship greater than anything Croatia could imagine: during the 1980’s, Austria was hit by the so-called “Antifreeze Affair”, whereby a number of Austrian winemakers ended up in jail for adulterating wine with chemical additives (rather than doing the hard work in the vineyards to grow good grapes) to boost profits.

As the result the reputation of the Austrian wine industry was ruined. Nobody would buy Austrian wines after news of the scandal broke. Today’s wine crisis in Croatia is just a small baby compared to Austria’s consequences: several years of zero sales.

However, Austria today has re-emerged as one of the most progressive wine regions in Europe. Their wine marketing activities and branding strategies are some of the most positive, sophisticated and effective campaigns in the world. In twenty years they have risen from the ashes to become a star.

Lesson 1: Looking for shortcuts and fishing in troubled waters is not only a Croatian specialty. As we can see, it happens to advanced nations too.

Lesson 2: It is never too late to get your act together. When you are last, you have the least to lose and the greatest possibility for improvement.

Therefore the current crisis and Croatia’s nonexistence on the global wine market is not a problem. Let’s get together, put all our money in a pile, and jointly launch an organized world campaign. It is not a mission impossible.

Trends are indeed going our way. Consumers are getting tired of the usual grape varieties and they are looking for something new. Maybe Croatia is the very thing they want. What is more important, so far the reactions from wine critics and connoisseurs have been sympathetic – they like us.

With assistance from the Croatian Chamber of Commerce, Croatian winemakers recently participated in several important wine expos, including the World Wine Symposium in Lake Como, Italy, and the London International Wine Fair, which are annual gatherings of the world’s biggest wine experts, journalists and wine buyers.

These events were very successful and many in attendance highly rated the quality of our wines. And important questions were asked: Where can we find these wines? Why are they not more present on foreign markets?

Steven Spurrier, the legendary 70-year-old British wine critic and editor or Decanter magazine, offered the same message. After 40 years of constant wine tasting all over the world, at the Lago di Como wine expo he said: “You know, this is the first time that I have tasted Croatian wine. I didn’t have a chance to try it before.”

Postscript from the editor: Mr. Spurrier tasted Croatian wines for the second time on May 25, 2010 at the London International Wine Fair, where he spent a significant amount of time at the Fine Wine Croatia grand tasting chatting with winemakers and sampling the selections. He reported that he was particularly impressed by Malvazija, Teran and Pošip. More impressive, he took a bottle of Saints Hills 2008 “Nevina” (a blend of Malvazija and Chardonnay from Istria) home with him.

As the old adage goes, “Every journey begins with a single step”. We’ve started to move. Now it’s time to go and conquer some springs. 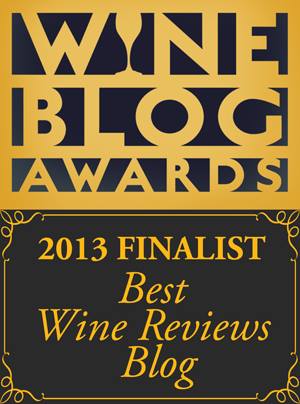